Travel to Da Nang. Da Nang is one of the largest cities in Vietnam, with around one million citizens; yet, in comparison to Ho Chi Minh City and Hanoi, it has a more relaxed and laid-back atmosphere. Despite the fact that it is a large metropolis with everything that large cities have to offer, the atmosphere of the city is that of a friendly and laid-back beach town, which helps to keep the pace slow. The Han River serves as a natural boundary that separates the beach from the central business district of the city and is surrounded on either side by bars, parks, and promenades.

The city of Da Nang is remarkably clean, exemplified by its large, well-paved avenues and its expansive, beautiful skies. The levels of both air pollution and trash are extremely low. The tropical climate is warm during the rainy season and dry during the coldest weather; the average temperature ranges from 190 to 240 degrees Celsius (670 to 760 degrees Fahrenheit) even during the "winter" month with the lowest average temperature. Because it is surrounded by mountains, national parks, and the ocean, Da Nang has the feeling of being completely immersed in nature. So, don't forget to travel to Da Nang to experience this great city.

There are many factors that contribute to Da Nang's status as Vietnam's "Most Livable City." Here are 4 reasons why you should travel to Da Nang.

1, A vibrant and dynamic city

West of the Han River is where you'll find the heart of the city. It is the business district, which is a lively agglomeration of cafes, restaurants, marketplaces, apartment complexes, and family dwellings, all of which are located just ten minutes from the international airport. It is vivacious without being oppressive in any way. Even during rush hour, the traffic in Da Nang is manageable, thanks in part to the excellent city planning that has gone into the city.

This is not a city known for its nightclubs but for pubs and craft beer. On this side of the city, parallel to the river, you'll find the rowdiest party clubs, but the genuine highlights of Da Nang's nightlife can be found in its hip cocktail bars and craft beer pubs. Those interested in live music should go to the area along the beach, while those interested in craft beer and seafood should go to the area along the east bank of the Han river.

To go to My Khe Beach, you will need to take one of the four bridges that cross the Han River. Although there are 10 bridges in all, these four bridges are the ones that connect the city center to the beach district. Despite its widespread notoriety, the beach at My Khe manages to keep a remote and deserted atmosphere until the late afternoon. This is despite the fact that the beach is enormous and immaculately clean. The internationally renowned beach attracts a large number of people just before sunset, but because it spans many miles in both directions, it is not difficult to find a position where you will be alone. You can find beaches that are practically uninhabited by traveling to the northern part of the national park, some of which can only be reached by descending the mountain.

The surrounding mountains can be seen from nearly every vantage point in the city of Da Nang. A vast frame of mountainous wilderness that dwarfs the human city bounds is provided by Son Tra Peninsula to the northeast, Marble Mountain to the south, and the Ba Na highlands to the west.

The Son Tra Nature Reserve is home to almost 200 unique animal species, including 29 species that are critically endangered or threatened with extinction. This peninsula is home to the majority of the red-shanked douc langurs that are still alive around the globe. Take a motorcycle or scooter up the mountain to see the "Lady Buddha" statue that sits atop the peak; its majestic splendor can be seen from the beach all the way up the mountain. The views from the peak are absolutely stunning: far off in the distance, city towers erupt through rippling jungle greenery and opalescent water for as far as the eye can see.

It is not a single peak but rather a group of limestone karsts that make up Marble Mountain, which can be found to the south of the city. Marble Mountain is a spiritual complex that is ornamented with shrines that are many hundreds of years old. If Son Tra is dominated by its animals, then Marble Mountain is a site of pagodas and temples. You may enter caves dripping with prehistoric vines, statues and carvings of eternal gods and strange animals, and intricate pagoda rooftops dotting the mountainsides like dwellings for dragons by hiking up carved stone steps.

The Golden Bridge commonly referred to as the Giant Hand Bridge can be found on the peak of Nui Chua Mountain in the Ba Na Hills area of Da Nang. In addition to that, it was recognized among the top 10 bridges in the world that have the most distinctive architecture. In spite of the fact that it is known as a bridge, the Golden Bridge does not go over any bodies of water like lakes or rivers; rather, it is situated in the midst of a mountain and has two heads that are located at the Marseille Station and the Bordeaux Station in the Thien Thai Garden. The Golden Bridge is described as a "stairway to heaven" due to its elevated location at a height of 1,414 meters and its curved shape that resembles a rainbow floating in the air. You will need to take a cable car in order to get to this breathtaking bridge, so plan accordingly. From where you are standing on the bridge, you will get a breathtaking view of the mountains, the clouds, and the city of Da Nang in the distance.

With the exception of the waterfalls and mountains outside of the city, just about everything in Da Nang is no more than a fifteen-minute drive from anything else. From the city center to the beach side, from the south side of the peninsula all the way to its northern tip, everything is close enough together that a bicycle is a reasonable method of transportation, and Grab taxis are fast and inexpensive.

Cheap and healthy food is everywhere. Street vendors serve bowls full of Central Vietnamese flavor on every corner, and Western food is widely accessible in An Thuong, the ex-pat district on the beachside peninsula. Seafood is as fresh as should be expected for a beach town – try it with a bowl of mì quảng or bún chả cá, two famous local specialties. Beer drinkers should opt for a Larue or a Huda, the two local brands. 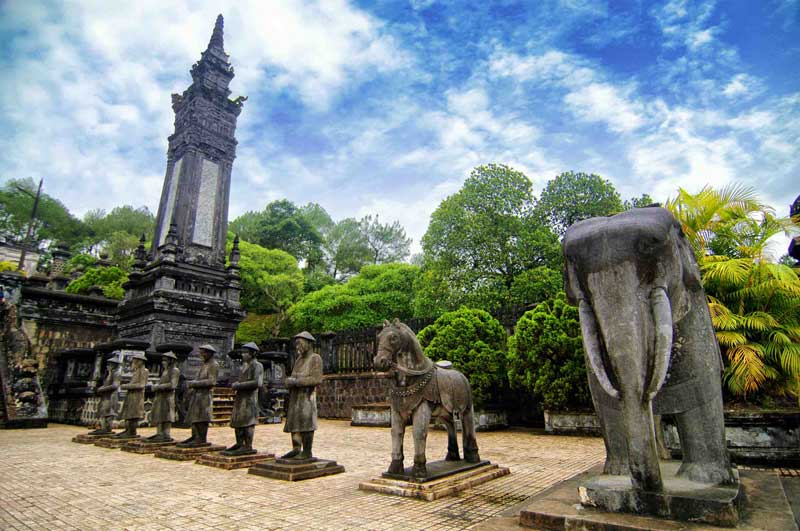 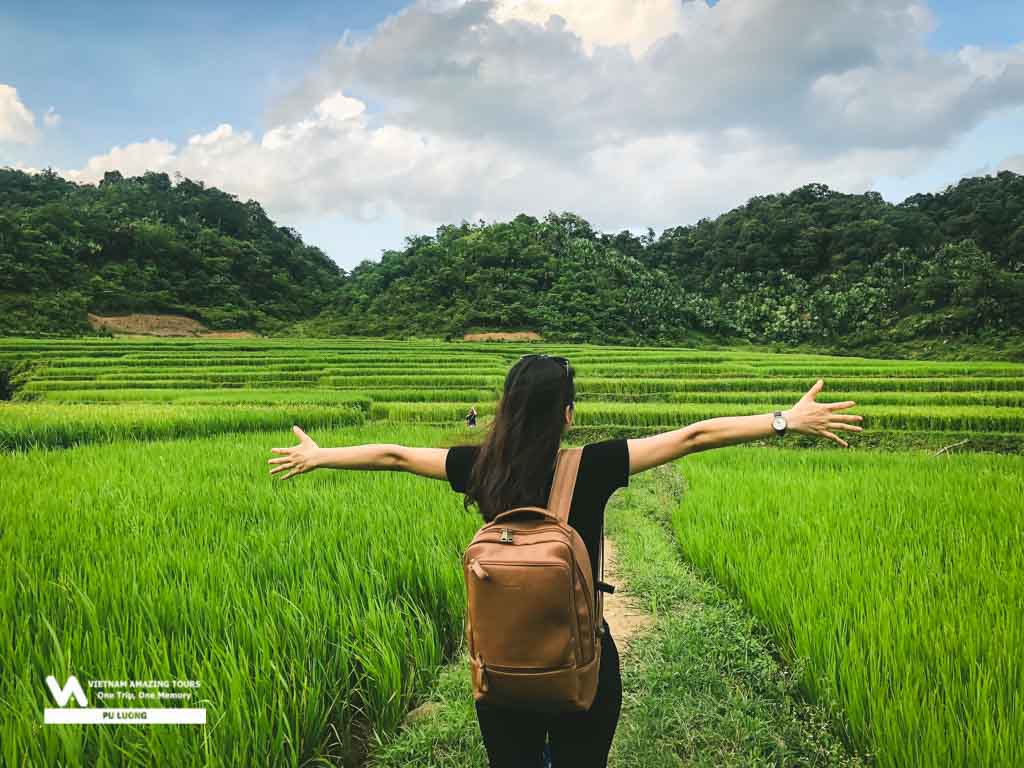 Save amazing the moments on Vietnam trip 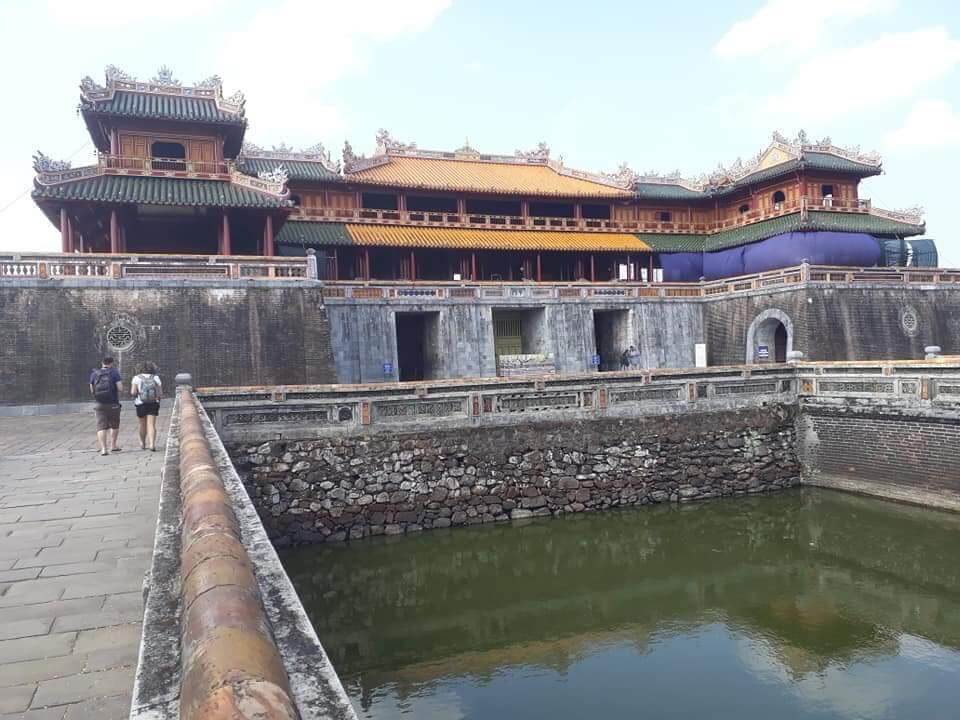 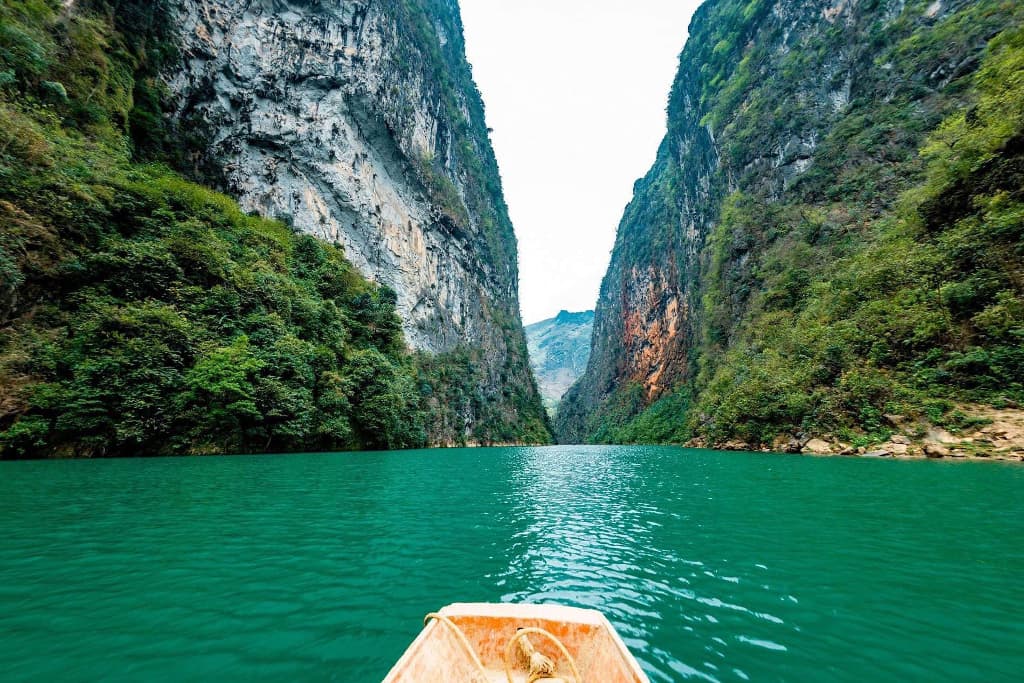 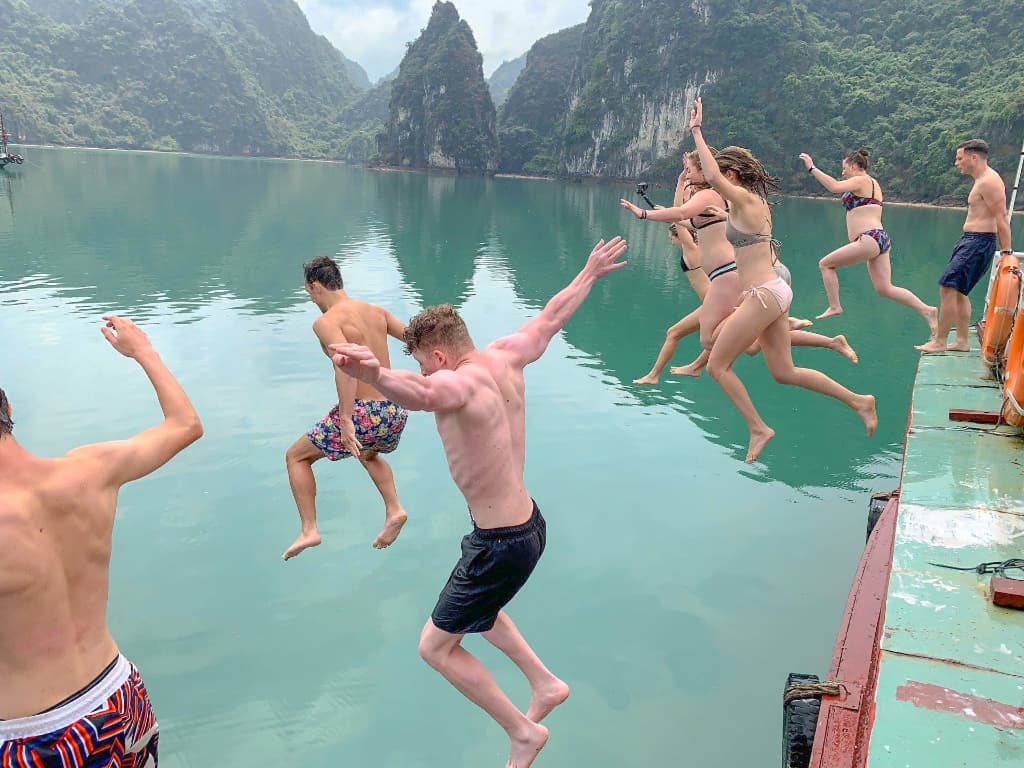 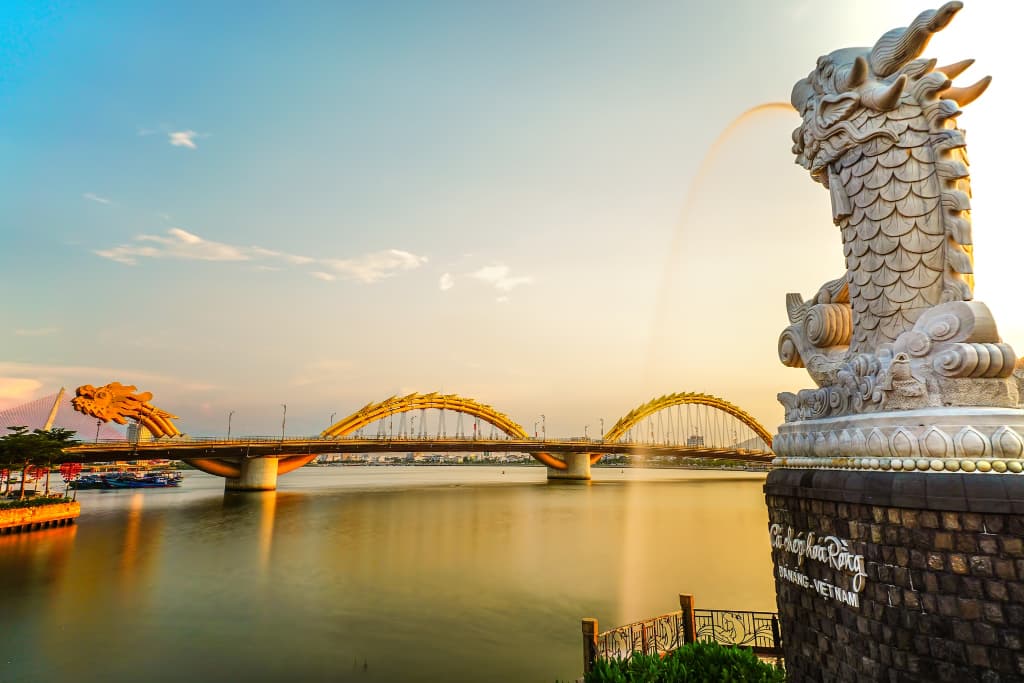 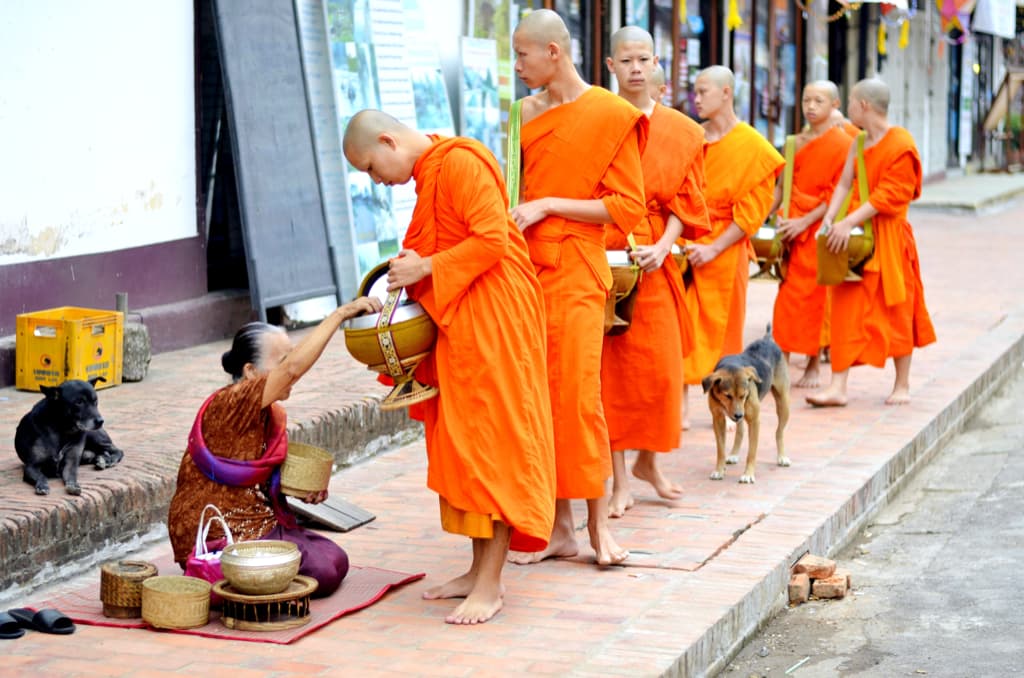 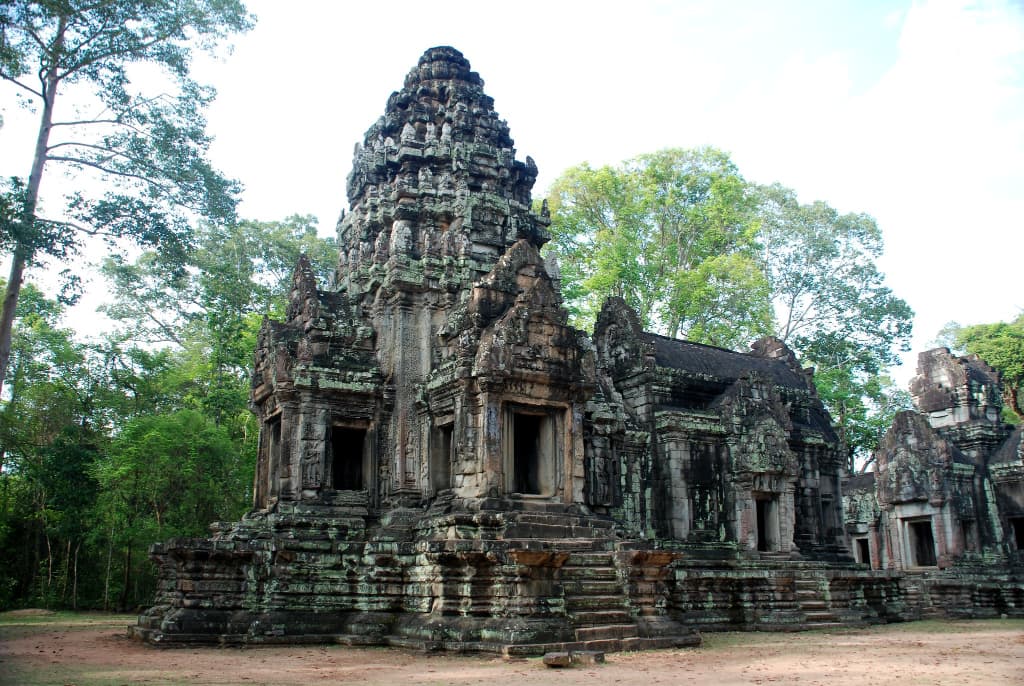 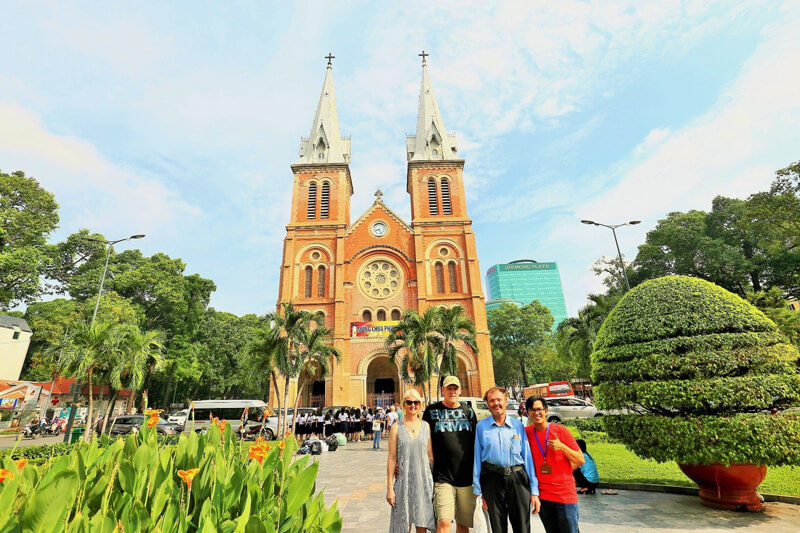 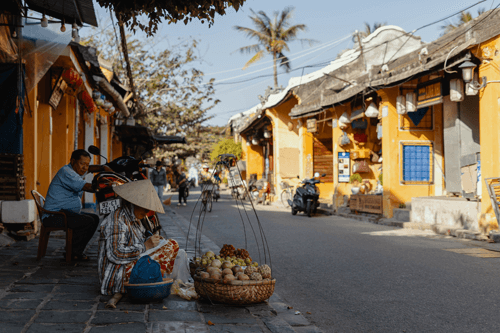 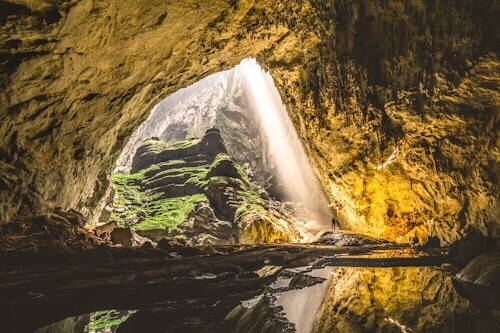 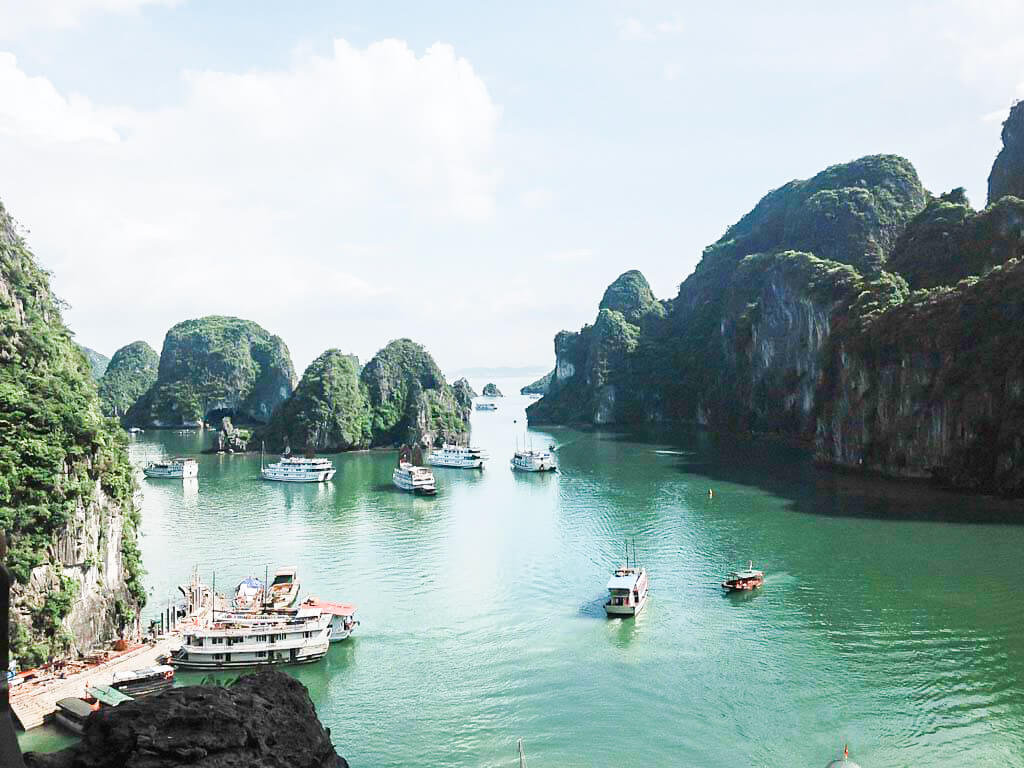 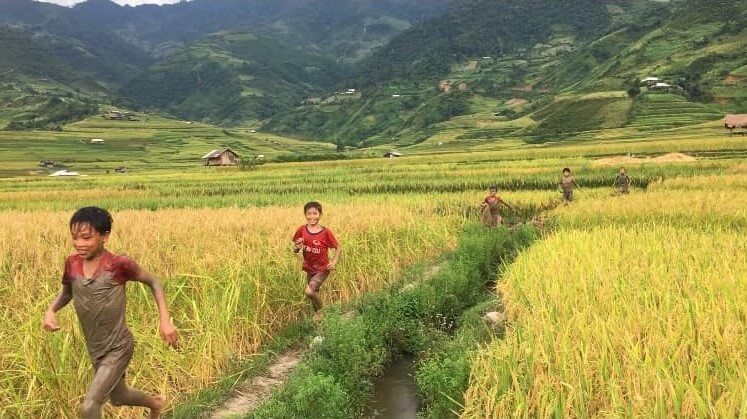 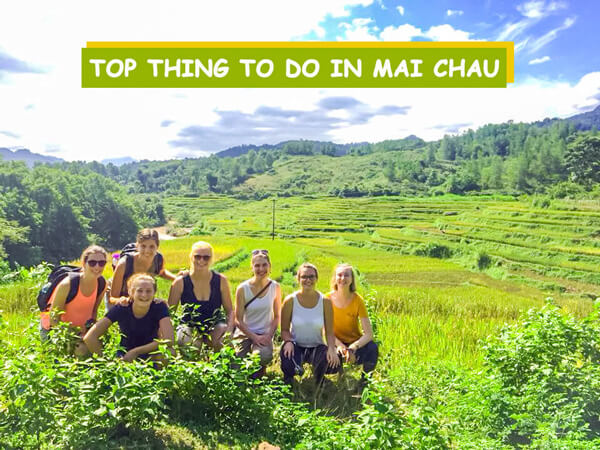 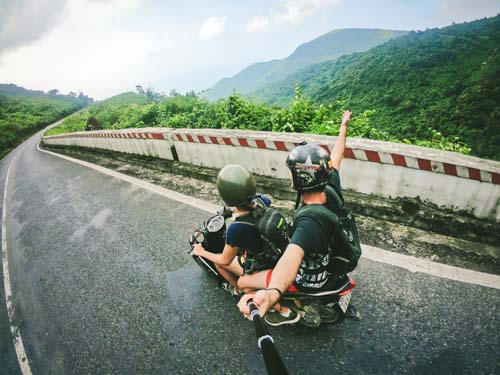 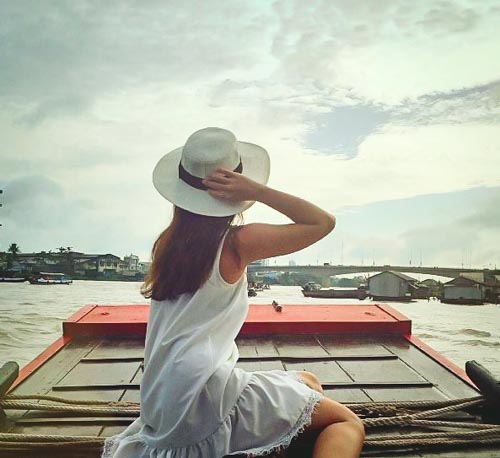 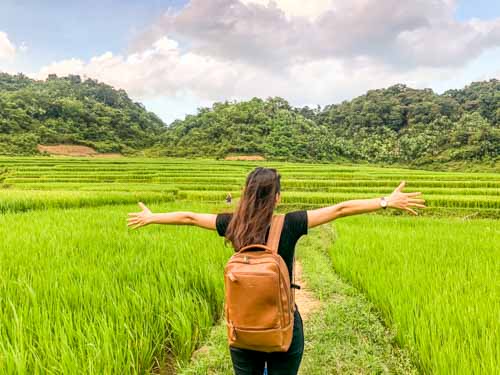 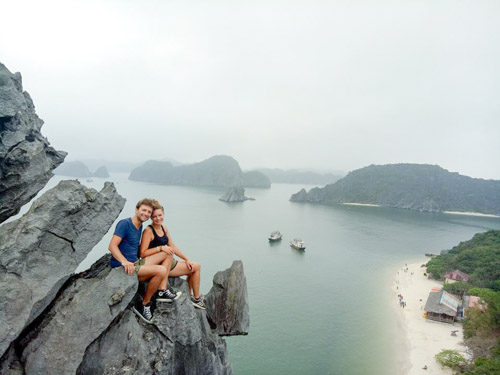 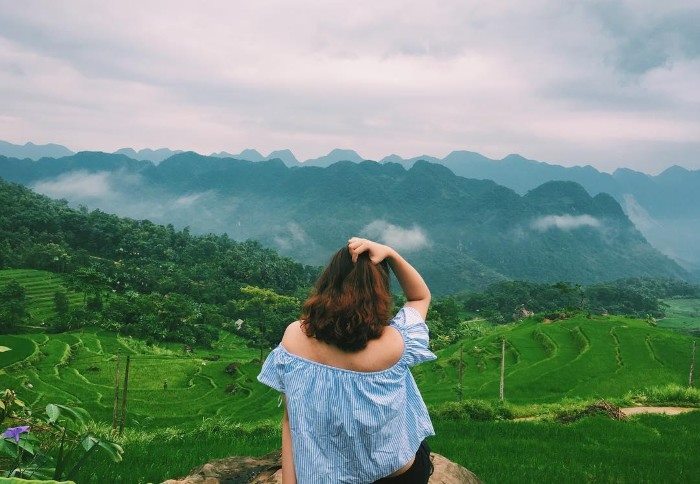 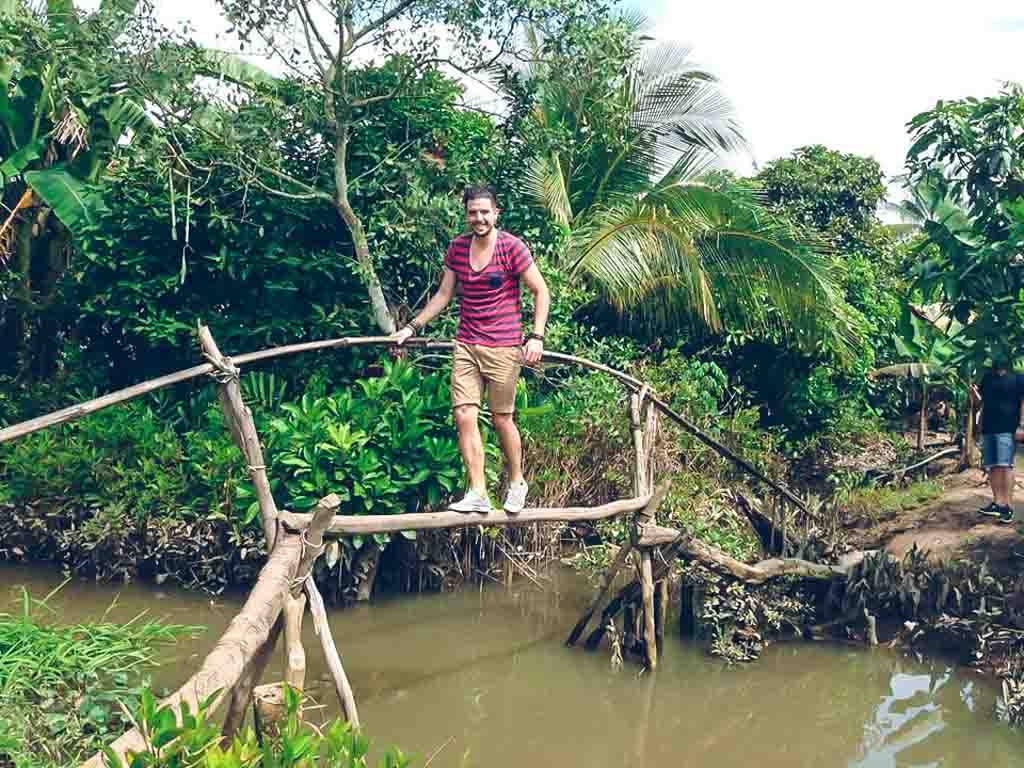 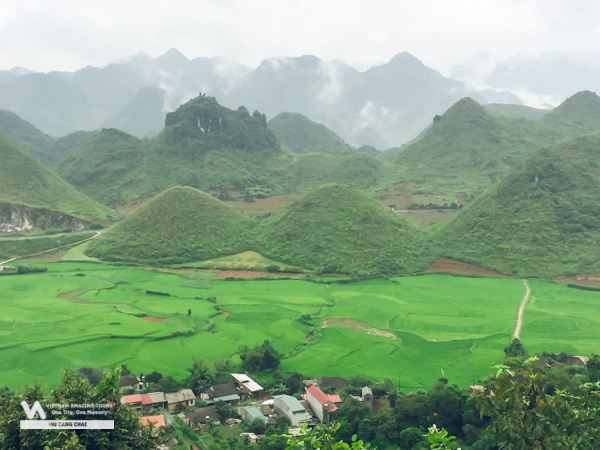 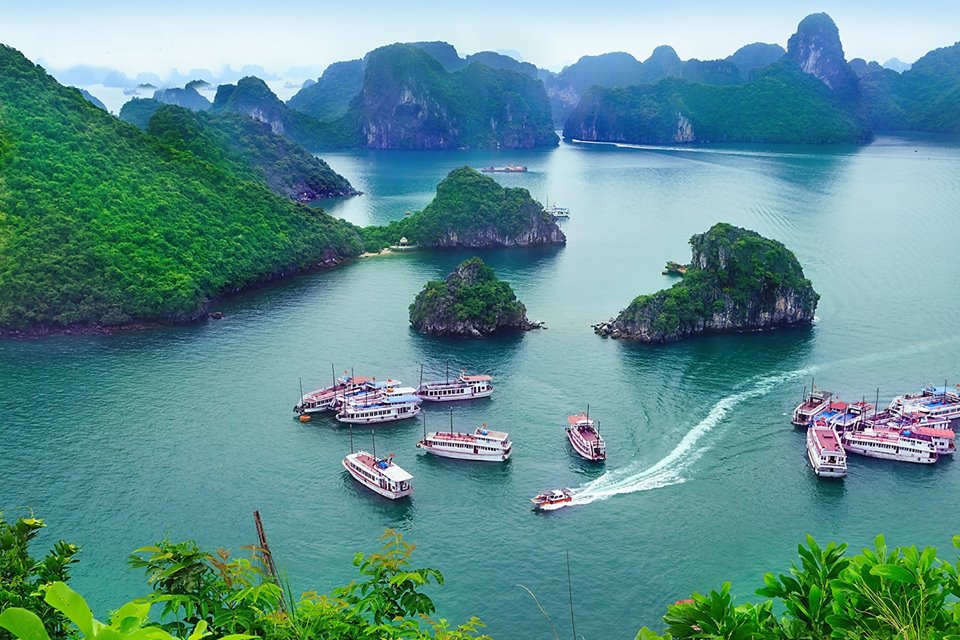 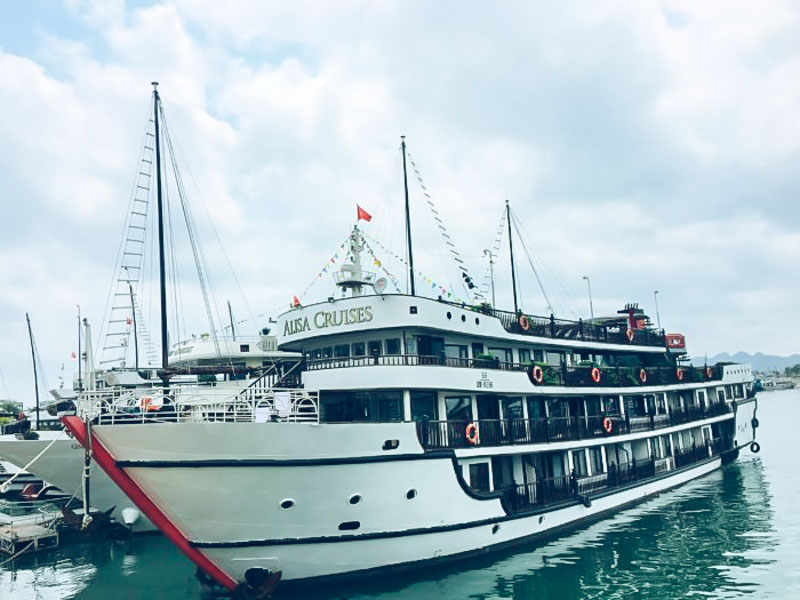 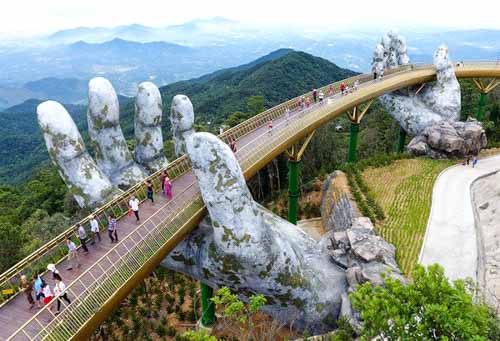 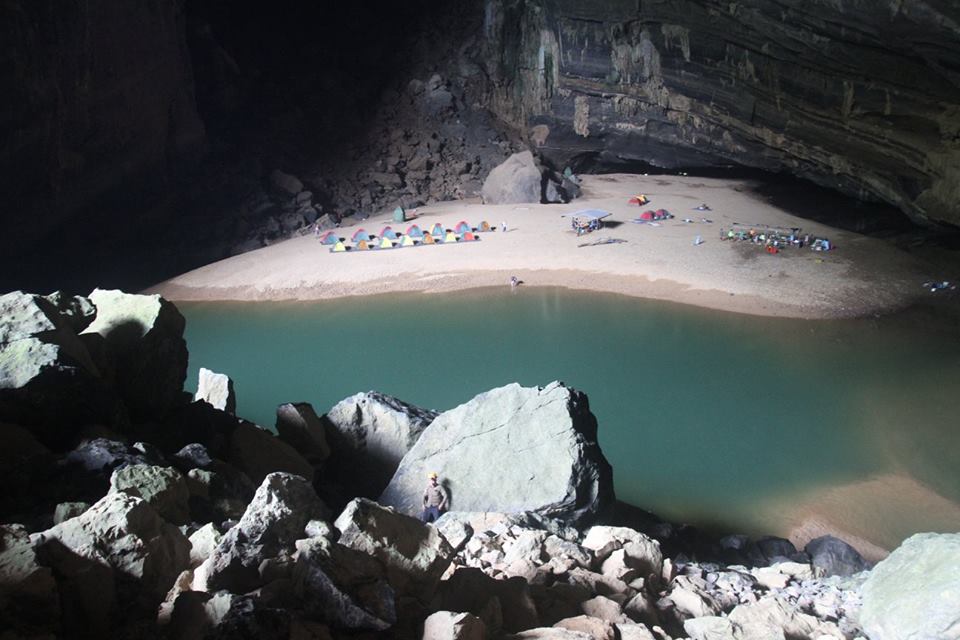 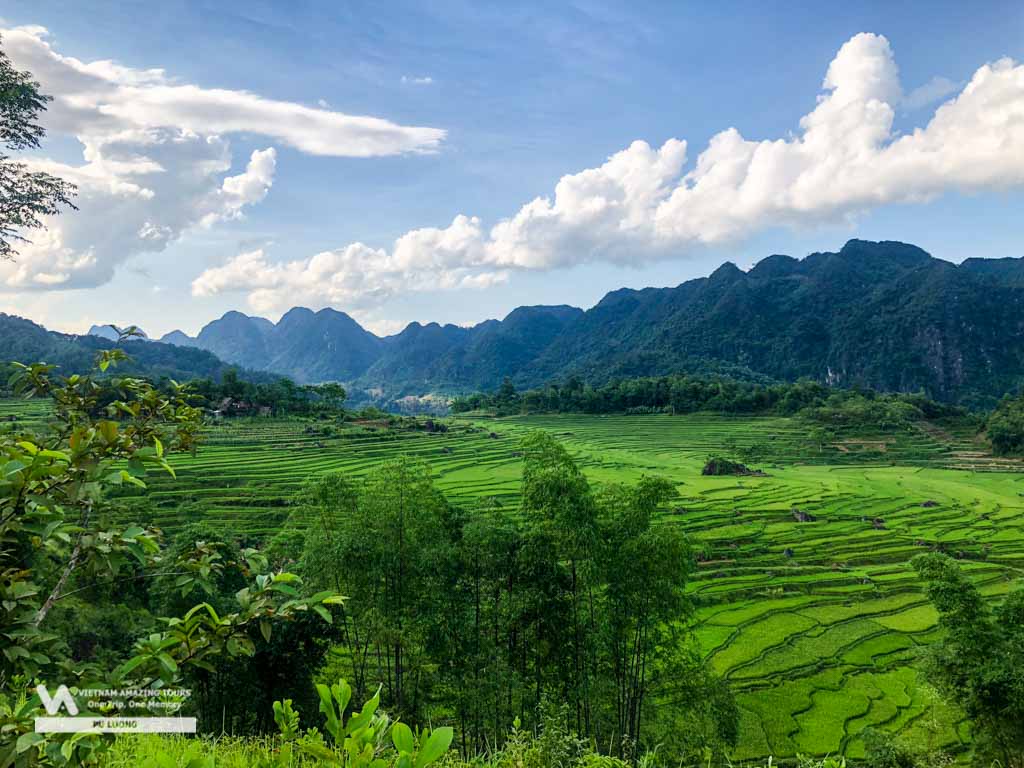 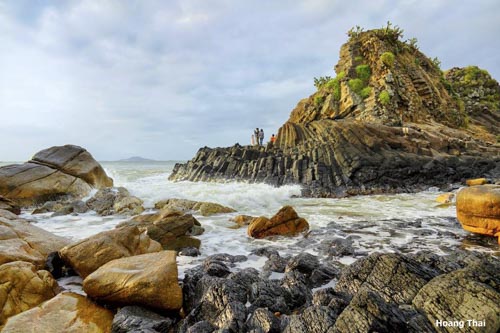 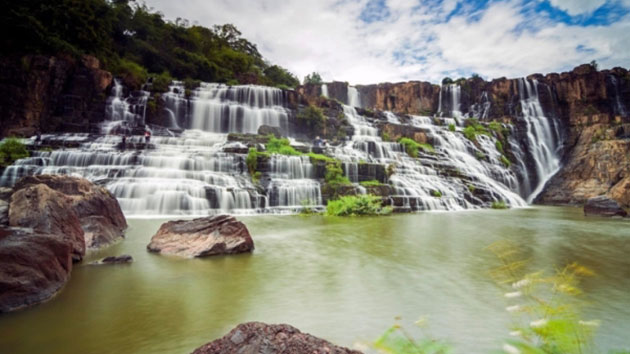 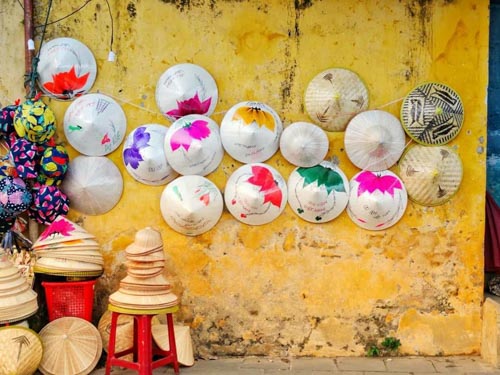 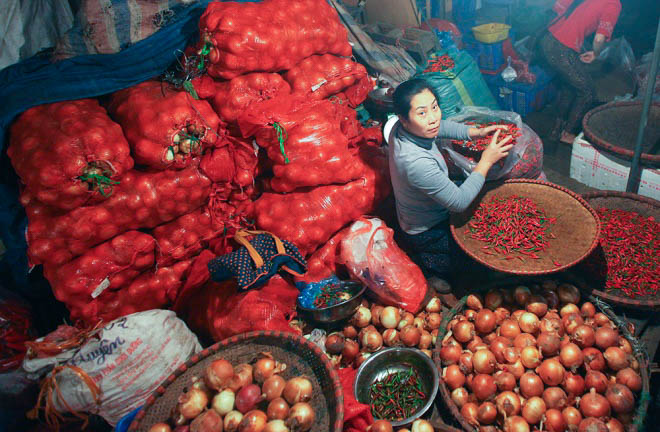